This month's Lightspeed Magazine features a rather full lineup of original fiction. Full not necessarily in length, because it's about average for the publication, but definitely full in terms of exploring genre and in terms of emotional weight. These are story that hit and lift, some with a subtle form and style and some with an aching wound of feeling and horror and regret. These are stories that look at hope in the face of despair, at healing in the face of disappointment and injustice. At what it takes to keep going after being betrayed by someone who was supposed to have your back. The stories are beautiful and expertly rendered and it's time to review them so let's go!

This is an interesting story told as a series of interviews between the narrator (couched as the author) and a filmmaker. The first features cooperation from the U.S. and is about a rover on Mars finding something unexpected. And I love the way the story subtly builds up the story behind this, building not just fictional movies but an entire future in which they exist, the interviews pushing more and more into the future, where technology and what is possible allows for experiences as advances that show a vivid imagination and a hope that is refreshing and that I appreciated. The setting is not without its complications, with the U.S. dropping its part in the project and becoming much more insular and reactionary, which is an interesting choice [SPOILERS], setting up Europe and former Cold War enemy Russia as one of the sources of support for getting this item from Mars and back to Earth. And I love the open sourced approach to a lot of the science in the story, to the interpreting of the artifact that is more fully explored in the third and not-exactly-final interview. It's a slow build, and the story plays with that, looking at how wonder and beauty work. And in that the story becomes as much about art and discovery as it is about space and science. I love how it melds those different things, refusing to see science as separate from beauty. The filmmaker explains why she had made the choices that she has, and that this is an interview within a story I read this as a commentary as well on how the author constructed this story, slow and circular, with a beginning, middle, and end (and indeed many beginnings, middles, and endings) but also reaching for something beyond that, reaching for something that doesn't really end, where the scope and the scale are such that we can't quite experience it. And instead of finding in that scope a horror and revulsion the story shows its beauty. The wonder and awe and grace that exists in the wholly inhuman instead of concentrating on the fear (embodied here by a closed and isolated America). It's a complex story and an interesting one and is definitely worth checking out!

Okay. This is a wrenching story of intolerance and conflict, of being displacing. Of seeking safety and distance away from a violent situation. Of a plea for sanctuary. It features Gwen and her wife Rose and their children on a mostly-water world where humans are the guests of an aquatic race that deplores violence. The humans don't have such qualms, and are divided among those who have remained "pure" and those who have modified themselves to better adapt to the environment, to become more aquatic. The story is about the terror of sudden shifts, of mobs forming, about sudden simmering resentment becoming full blown violence and bigotry and death. About families fleeing only to be confronted with the idea that the Erisians, those whose planets the humans are allowed to live on, won't take everyone. Only want the peaceful. The pacifists. Which leads to a true gut-punch of a moment in the story and something that still has me blinking back tears. It's about the unfairness of these situations that see refugees desperate to get out of their situation, desperate and yet expected to be calm, to be peaceful. Desperate to stay together and to retain some remnant of what they had in the face of malicious hate. Not mindless but exacting, hoping to eradicate people. To take property and lives all in one sweep. It is a terrifying story and a heartbreaking one, shining a light on the need for compassion when dealing with refugees, when trying to weigh whether a person should be allowed not just to move, but likely to live. It's difficult and wrenching and devastating but very, very good. Give it a read!

"The Cavern of the Screaming Eyes" by Jeremiah Tolbert (9140 words)

This story imagines a future fantasy world where young people can enter into d-space, a sort of dungeon-crawling game, only one where the stakes are life and death. The main character, Ivan, has recently lost his brother to the game, a brother who was a hero to many but a terror to Ivan. His home life a mess, Ivan is surprised when a new kid at his school offers friendship and, more than that, an opportunity to get involved in dungeon delving. The action of the piece leans a bit toward the YA side of things but in a nice way, crafting a solid core with Ivan and his issues, internal and external, and surrounding him with interesting and fun characters. The story becomes for me about the power of cooperation and friendship, about stepping out of the shadows and taking a chance and refusing to be defined by other people's terms. Ivan is thought of in many ways only in relation to his brother, and it's unlikely that's something that will change in any large sense. But what he does find [SPOILERS] is a place where he can be something else. Where he can be himself. A space that allows him to explore that and people who are willing to affirm his existence. This also feels like the start or something larger, because the story introduces many things that don't exactly pay off. But it does create the sense of a larger world and a larger mystery which Ivan is just discovering, that will undoubtedly have huge implications for him, his family, and his new friends. It's an entertaining piece and light but with a lifting optimism and fun that makes it a pleasant read and a fine story!

This story does a great job of mixing darkness and light, isolation and community, love and magic and violence. It follows a young witch named Agatha as she tries to be good, tries to stay with a family that seems only too ready to kick her out for being born as she was born. There's a great statement here about double standards, about the effort required to hide a vital part of yourself and never let people see who you are. How it isolates you. How it makes you question yourself in the face of the narrative of your own badness. And I love that the story shows that while also showing that Agatha is not broken for it. That it's not her fault and that, once away, she able to make friends and family and have a home. It's the happiest of tales, though, because in many ways the story is about not being safe. Even when you've made a home for yourself. Even when you love yourself and your friends. Because there are still those who don't. Because the world is still more dangerous for witches. It's something that Agatha can't really fix or avoid, except that she can stand up to the specific violence threatening her and her friends. She can accept the burden of doing something about that. It's a dark piece, and quickly and vividly told, evoking myth and legend with shades of Bluebeard and oppression and magic and murder. And despite the blood I feel it's a hopeful piece about finding a home and building a family. A great read! 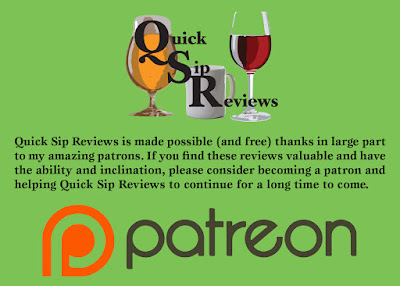