I don't think it's controversial to say that writing is a fucking nightmare at times. And that it is amazing and uplifting and affirming (sometimes). I think I've written before about how sometimes I wish someone had warned me about writing, because fuck is it not easy. And part of that is the nature of it, the irregularity of it. I can write every day and have a routine and a method and a discipline. Does it mean I'll get paid? Hah! Sorry, though, that sounds rather bitter (because perhaps it is), and I want to hasten to say that I've been extremely fortunate and that I've sold any of my writing at all is at times unbelievable. But part of being a writer for me seems to be the peaks and valleys, the rollercoaster of publications and…well…not.

Which is to say that back in October I was having an amazing time of things. Many things coming out and quite a few acceptances and then, well…that sort of stopped. Lots of promising leads. Lots of "close and please try again" and even a few "I'm sure you'll have no problem selling this elsewhere" but, alas, no sales. Which, not to be all "poor me I had a good thing and then didn't" but yeah, it's not the easiest to go from thinking maybe, just maybe things are getting easier to…back to being unable to sell anything for months. It's the joy and frustration of writing, that things aren't certain, that you can be running hot for a while and then dry up. It sucks, but it's life.

Anyway, this post is part rather-apologetic complaining (sorry for venting!) and part hey I have some things coming out soon that I want to tell you about. Because The future is once again looking bright and I should try to be confident and all while I have good news to report. First, some ongoing things.

My story, "Alexa," a dark fantasy about attraction and loss at sea, is set to appear in Eldritch Embraces: Putting the Love Back in Lovecraft from Dragon's Roost Publishing. I was in their Desolation: 13 Tales for Tails anthology as well, so that's kinda cool, and I'm glad "Alexa" has found a home after some near-misses elsewhere. I believe it was called a lyric, lightly erotic fantasy by one of the places that rejected it, and that was a great compliment. It's been in the works for a while, but finally contracts are signed and I'm hoping for a contributor copy in the next month or so. 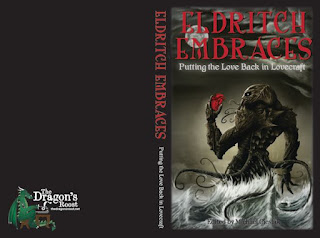 Much longer in development has been "What Dora Saw," which was originally picked up by Wily Writers back in…June of 2013 for their psychic detective theme call. Sadly, Wily Writers stopped putting out new material and by June 2014 I was sending it back out again because the contract expired. I was then contacted because Wily Writers become Another Dimension and was offered a new contract for the story (and paid!). That signed, things were primed again, except Another Dimension didn't fund its Kickstarter, so instead it launched a single anthology which says it's coming out in early 2016. I'm not even sure at this point if I'm getting a contributor copy but I was paid so I'm trying to be patient. It's an urban fantasy/science fiction story featuring a psychic and some bad macaroni and cheese. 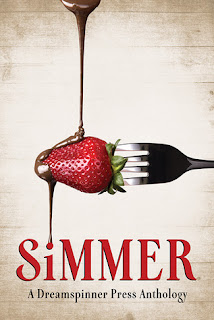 In more Dreamspinner news, my story "Field Work" was accepted for inclusion in the Dreamspinner Press 2016 Daily Dose: Walk on the Wild Side, which features stories featuring shifters. This one is definitely a novelette at over 12k words and is an urban fantasy m/m romance (again no fucking but wait one more moment) set in Chicago and again is hopefully fun and features my definitive stance on pizza (spoilers: Chicago deep dish is the best thing ever). That will be coming out in June sometime.

And now the fucking news! My erotic contemporary fantasy story, "Trickster69," was accepted for inclusion in the Torquere Press A Fool for Love anthology. The anthology is of April Fool's Day themed stories and "Trickster69" features the god of mischief himself, Loki. Plus Thor. And it is the most fun I've had writing anything in a long time. It could almost be considered fanfiction but these are the mythological figures (kinda) and not the Marvel characters, so…I'm almost surprised this sold because my erotica had been having a difficult time of it of late (pro tip: places apparently are hesitant of threesomes).

And lastly, my flash fiction "Beyond Far Point" (not actually a TNG reference) was picked up for publication! Not saying where yet because contracts have yet to be finalized, but I'm rather excited about. The story is a second world steam fantasy featuring a woman, a robot, a baby dragon, and the posse hot on their heels. Just sort of a short, fun piece. Not sure when that will be out, but I'll probably shout about it when I know.

There! It might be a long time before I have so many things to be happy about, but for the moment it seems like I'm still doing all right at this whole writer thing. Now if I could just get some more writing done… But that's a post for another day. Thanks for reading!