Liver Beware! You’re in for a Drunk Review of Goosebumps #15: YOU CAN’T SCARE ME! 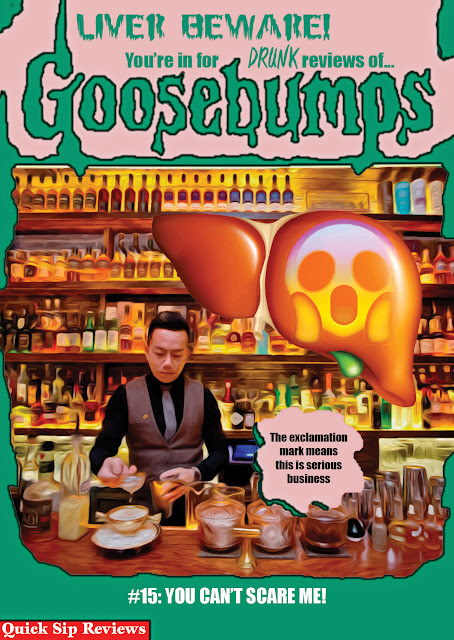 The title exclamation mark is back, the first time it’s shown up since Let’s Get Invisible! back in #6. I’m beginning to get a feeling that these Exclamation! books are all linked, if not in precise continuity, then in spirit and general construction. There have been three so far from the main series, Say Cheese and Die!, Let’s Get Invisible!, and now You Can’t Scare Me! In each of the books, there is an extended core cast (made up of four kids of mixed genders), and the stories tend to involve the kids stumbling across something weird and having to figure out a way to get distance from it. This was a stronger connection between Say Cheese and Die! and Let’s Get Invisible!, but there’s also an element of it in You Can’t Scare Me! as well. There’s also a blending of magic and science that gives them a more resonating feel to them. Hmm. I wonder if this stylistic consistency will hold up throughout the rest of the series, but for now I find it interesting that here we have another exclamation mark in a title and more similarities with some of the older books.
Oh! But hey, I should talk about what I’m drinking. It’s a Smoked Bock from Lazy Monk Brewing, based right here in Eau Claire, WI. It comes in a 16oz. can and it’s delicious! Definitely something that goes nicely with a book that’s all about mood and scares. So let’s GO! 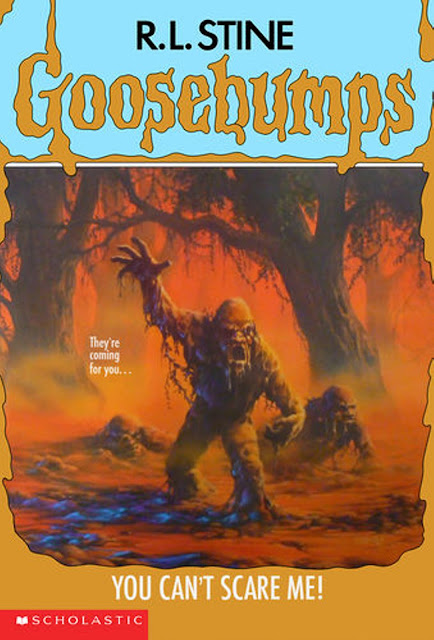 Posted by Charles Payseur at 4:54 AM