The short SFF from the first two weeks of April’s Strange Horizons looks at faith and education, memory and time, fiction and hope. The stories feature characters either revisiting their pasts or desperate to do so. They also feature relationships between parents and children, though in opposite directions (one with a mother as main character, the other with a son). And they explore memory and trying to rewrite the past with something better than the crushing weight of the present. The poetry looks at religion and education, at expectation and death. It’s a rather complex collection of pieces, but it makes for some compelling reading. So let’s get to the reviews!

No Spoilers: Mika is a fisherwoman out of time, cut off from her home by a strange magic that twists the waters around her home. Once lost, she is desperate to return, for she left behind four children and can’t stand the thought of having abandoned them. Into the future and the past she moves, getting closer and farther away. For years. Never staying long and always trying to avoid news of her time, of her family. Always wanting to believe that she makes it back, that she succeeds in returning to her children. The world of the story is intense, the time travel gripping and magical. That she is a lone woman in a boat, on the seas, going through storms and time and fighting sea monsters...it’s just a rather kickass premise, and one made emotionally resonating because of her quest, her need to return to her family.
Keywords: Time Travel, Sailing, Stars, Desperation, Family
Review: Time is a literal ocean in this story, and I love how Mika sails it, navigates based on the stars, based on the timeless things that shouldn’t change. Even when everything else does. Even when she travels to the far future and the distant past trying to find a way to get home. Slowly figuring out how the time streams might work. Slowly honing her knowledge and her skills only to find that still things can go wrong. Still she can make mistakes. But never really giving up. And I love that she defies her own beliefs, because she says that fate isn’t something that a person can fight against and yet she refuses to learn her own, as if by avoiding seeing it she can find away around it. It’s something that allows her to do amazing things, to trace and map more of the world and this time phenomenon than any other person. And yet she cannot ultimately fight her fate. And there is something haunting and healing about that, the way that she fights because of the injustice of it, because she would do anything to undo what’s happened. But there is no going back for her, which means she has to come to terms with how to go forward. How to live without the quest, without the mission. It’s a gripping and wonderful story about life, hope, and healing. Just a fantastic read!

No Spoilers: Martin is a man returning home to set his mother’s house in order after she died resisting arrest for a string of grisly murders. His return coincides with his own divorce and something of a collapse of the life he tried to forge for himself away from the small town that his mother defined for him. What he finds when he returns and tries to put things in order, though, is full of uncertainty and memory, and it’s a bit like opening up Pandora’s Box. What escapes is dark and strange and yet there’s something else there, as well, a weird hope that seems to live in the stories that his mother would tell, and that live on after she’s gone. Haunting, deeply strange, with a hint of nostalgia, hurt, and hope.
Keywords: Stories, Murder, Art, Lies, Truth, Family, Homecoming
Review: Small town life and the constraints of poverty and hopelessness take center stage in this story. For me, at least, the piece looks at what living in a small town does, and especially one where there’s never enough, where creativity is not valued and where there’s this crushing weight to somehow live up to the dreams of your parents regardless of how well those dreams fit or if they’re even possible given the opportunities you have. The story opens with a heavy dose of both strangeness and darkness, and the figure of Martin’s mother is one shrouded in lies and Martin’s own unreliable narration. They’re both liars, after a fashion, both of them interested in stories, in making their own lives more interesting. More meaningful. It’s something that defined Martin’s mother, made her a figure of power and influence. Because her stories, even those that seemed impossible, seem to be able to shape reality itself. Because she could embue them with a feeling so that they were remembered. So that they could, perhaps, replace realitiy in all its underwhelming nature and instead create something worth remembering. And so the nature of her crimes becomes muddy, because it might not have been real people she killed. In fact, the bodies might have been a story she or Martin created in order to give more weight to her passing. And it’s just a weird story that I’m not going to lie has given me some trouble interpreting. Because I feel in many ways that it’s playing with the idea of stories, having Martin contradict himself throughout the piece as it suited him. Building up this mythology of him and his mother that could then be used by other people. to give meaning to things that they bring him. So they can have stories of their own. It’s a weird and complex story that for me probably requires a bit more rereading and thought. It’s fascinating, though, and definitely worth checking out.

This poem looks at religion and ghosts, at devotion and ceremony. It follows a procession, though people following this train of actions, the trappings of piety. Lighting the candles and saying the words and taking all of the correct steps but it seems never really believing in the ideas behind these actions. And I love the movement of the poem, the way that each stanza seems to take the narrator that bit further. The imagery is lovely and builds up the feel of being in the middle of something religious, surrounding by people who you’re not quite sure if they are experiencing something genuinely moving and rewarding and meaningful or if they too are just sort of going through the motions, acting on training and expectations but stuck in some ways at arm’s length. And for me the story also seems to be about loss and about trying to make sense of it. Of taking part in a religious practice because it was the beliefs of the person who has passed. Who is dead. And now, trailing after them, the narrator skirts around the hole they’ve left. The absence that this ceremony is supposed to define and resolve. And yet for the narrator there is a sense to me that they can’t find the comfort they believe faith is supposed to bring to the pious. They find that when it’s all said and done, they are left with the same lack, the same loss. And they wonder if that’s perhaps the point after all, not to find comfort in the idea of continuation but rather to give voice to the grief that resides within. To give it a form that will allow them all to share a moment to lament and to reaffirm each other in life. It’s a softer, quieter piece for me, one that packs the solemnity of a funeral, but it also carries a beauty with it as well, and a weight of memory and all the things that the narrator isn’t saying. About who they’ve lost. About what happens next. And it’s a great read very much worth spending some time with!

“The Queen’s School for Girls” by Genevieve DeGuzman

This poem speaks to me of growing up, of education, and the promise and the potential for learning about things that might otherwise be hidden away. The poem’s title gives me the clearest angle to approach the text, and for me it lends the idea that the poem is about a group of girls who have been sent away for “schooling,” and of the narrator, their teacher, who is set on really teaching them about the world, about bodies and minds, in hopes that they will take their knowledge and use it to push forward the boundaries of what is known. It follows the teachers as they take the girls to a place where they can see the human body opened, its secrets spilled out before them. And it tackles rather directly this idea that exists around “schools for girls” that they are essentially for preparing girls to be wives and mothers (or I guess “young ladies”) and therefore don’t really go into the sciences or anything like that. And here we see that this school is about learning, is about giving these girls the tools so that they can discover their own truths rather than just accepting those given by society as a whole or by any men in particular. That, essentially, this school is for developing a way of approaching knowledge and problems that will allow these girls to think and to process things critically. And it’s a lovely way of exploring this idea, with cadavers and with young people getting their first glimpse into something that these schools are normally supposed to protect these girls from. It’s a neatly structured poem, which plays with that idea of structure and “properness” while still having a bit of an edge to it, showing how it seeks to subvert and complicate what people consider “proper” education for girls. A great read! 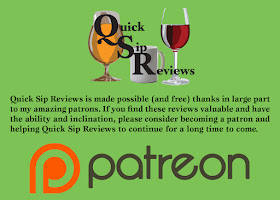